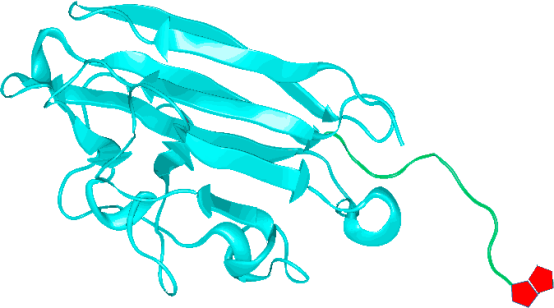 In many ways, a conjugated antigen can be the solution to different problems arisen in a new IVD test development. A common problem caused by most of the surfaces is protein denaturation due to the relatively high surface by hydrophobicity. Additionally, there may be larger steric influence on binding events due to the close proximity of the surface and the sensor molecules. The specific orientation may also improve the stability of attached proteins and increase the sensitivity of the assay by exposure of its antigenic regions.

Conventional conjugation methods generally work well with antibodies; however, results with many antigens of less well-established structures are less constant. This is probably the main reason why double-antigen sandwich ELISAs (DAS-ELISA) are not as commonly used for antibody detection as indirect ELISA.

To circumvent the effect on antigenic structure caused by conventional chemical conjugation that could result in decrease in sensitivity of DAS-ELISAs, Rekom Biotech has developed a product line of biotinylated antigens, offering to our customers the possibility to buy their favourite antigen but conjugated in its C-terminus. This molecule allows the specific interaction of the biotinylated antigens to the streptavidin protein.

The extremely specific and high affinity binding of biotin by avidin and/or streptavidin (Kd ≈ 10-14M) results in specific detection systems of very high sensitivity. A clear advantage of this system is that with a common strep-HRP, we can obtain conjugated complex of all our references without the necessity of performing the peroxidation of each reference.

The biotin is fused to a linker which maintains the molecule away to the antigen surface, avoiding steric hindrance between the biotin and the antigenic regions involved in Ab-binding. Thus, the Ab interaction will not be compromised with the conjugation. 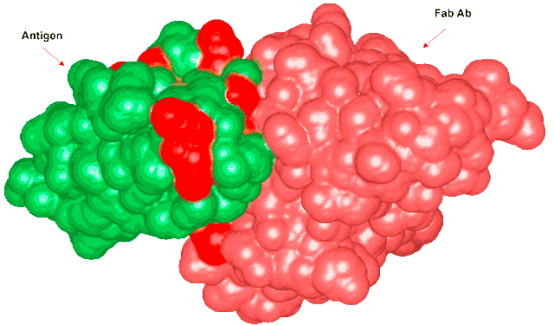 As there is just one biotin per protein molecule, our conjugated antigens will show a higher inter-lot reproducibility and this will facilitate the reproducibility of our customers´ IVD test also. 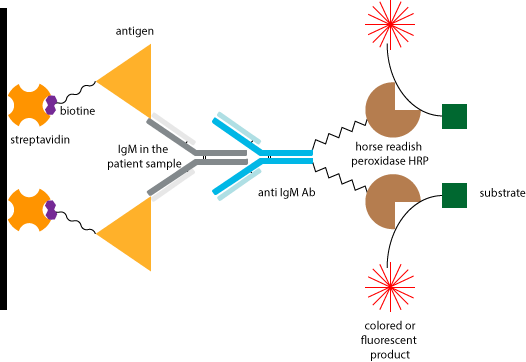 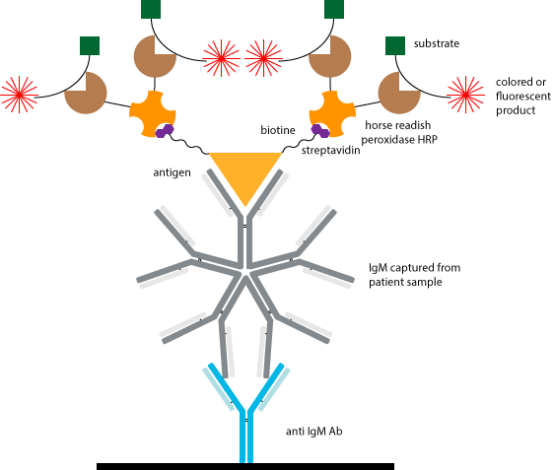 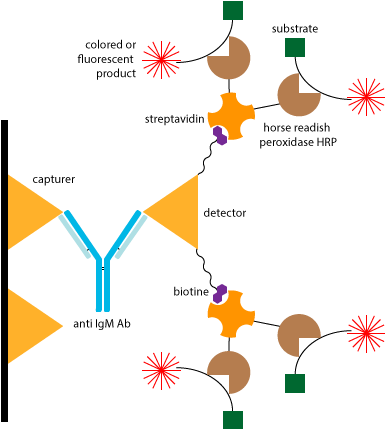 4.       Bonding to gold and other nanoparticles coated with streptavidin. 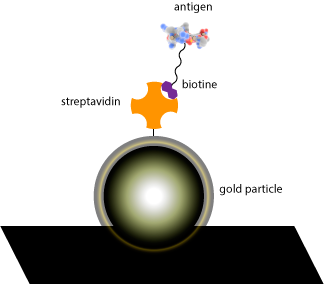 Our antigens are produced bonded to a BCCP-tag in the C-terminus, with a lysine residue which is enzymatically biotinylated by the E. coli biotin ligase BirA. This single-point labelling technique has many advantages for commonly used binding assays:

·       The biotinylation only happens on the lysine residue of the BCCP tag.

·       There is NO interference with the target protein’s natural binding activities.

·       The protein orientation is uniform when immobilized on a streptavidin-coated surface such as nanoparticles.

Please, take a look at our biotinylated antigens on the following table.